Democratic presidential candidates Sen. Kamala Harris (D-CA) and former Texas congressman Beto O’Rourke converse during a break in the Democratic Presidential Debate at Texas Southern University’s Health and PE Center on September 12, 2019 in Houston, Texas.Win McNamee | Getty ImagesVoters can be excused for asking why so many people are still running for president when only three Democrats are consistently even registering better than 10% in the polls.The answer is money. Thursday’s debate was just the latest evidence of a shrewd game most of the remaining Democratic field is likely playing to boost or simply shore up their political cash lifelines.While candidates can’t pocket campaign donations for personal use, they can use funds raised for any campaign and transfer them to their efforts to another race at any time. Former Pennsylvania Gov. Ed Rendell cast more of a spotlight on that practice earlier this week in his Washington Post editorial pointing out how Elizabeth Warren has transferred some of her Senate campaign funds into the war chest for her presidential run.But voters should be keeping a close eye on the money the presidential candidates raise that will eventually switch over to campaigns for something other than the presidency. This creates the lure of having a national spotlight, however fleeting, as a presidential candidate and the corresponding access to more and richer donors on a national scale.The evidence is strong that this has been a central strategy for most of the Democrats running, or had been running for president this year. Former Colorado Gov. John Hickenlooper is out of the presidential running, but his candidacy helped boost his stature and his war chest for his new run for the U.S. Senate. Washington Gov. Jay Inslee is also out of the White House race, and now he also has more cash and more exposure ahead of his plans to run for reelection. In Inslee’s case, many noticed that he was the only major candidate to accept super PAC money. That decision netted him millions from a tiny handful of wealthy donors.But there is perhaps no better example of this trend than former Rep. Beto O’Rourke of Texas. He came into the 2020 race as someone most famous for two things: almost beating Republican U.S. Sen. Ted Cruz in 2018, and being very good at raising big money. The presidential race gave O’Rourke a chance to keep at least his fundraising prowess going. That’s something that will help him enormously if he drops out and decides to challenge the other Texas Republican incumbent senator, John Cornyn. O’Rourke has strongly denied he’ll do that, but many pundits still think it’s the most likely scenario.Running for statewide office in a giant state like Texas is an expensive proposition; one that forces potential candidates to face fundraising challenges similar to a presidential run. So why not raise those funds as a presidential candidate and keep a more logical connection to donors nationwide?This strategy might also explain why Sen. Kamala Harris will remain in the race for some time. Even as an incumbent Democrat in a solid blue state like California, the size and cost of any statewide campaign in the Golden State is daunting. Harris now has much more money to spend on a likely reelection bid in 2022, especially if she continues to hold off on some spending in her presidential primary run. A recently obtained internal campaign memo noted how Harris hadn’t made as many trips to New Hampshire as some of her strategists had wanted. Now, any decision that reduces travel costs starts to make more sense.There are also opportunities to gain personal wealth by running for the White House. In case you haven’t noticed, political coverage in the cable news industry has become more and more reliant on paid contributor guests to fill those on-air panels that dominate the screen most hours of the day and night. A quick check of some of the most successful contributors includes several who were one-time, or even two-time presidential candidates. Those names include former Gov. Mike Huckabee, former Sen. Rick Santorum, and former Gov. and Rep. John Kasich. Compensation for these on-air appearances isn’t massive, but every appearance helps lay the groundwork for far more lucrative engagements on the lecture circuit.Have you also noticed that many presidential candidates seem to have a new book out as they get into the race? Housing Secretary Ben Carson saw sales of his 2015 book soar once he entered the 2016 race, and former President Barack Obama’s bestseller “The Audacity of Hope” was published just about a year before he announced his presidential candidacy in 2007.There’s not too much evidence that this year’s Democrats are in line for that kind of personal financial gain. But the Republicans challenging President Trump for the Republican nomination seem to fit that description. Former Rep. Joe Walsh is in need of a personal publicity boost after losing his radio show, and whatever exposure or income former governors Mark Sanford and William Weld can get will likely be a bonus with their political careers seemingly at an end.It’s not that these candidates for office aren’t actually interested in becoming president. Many will stay in the race a bit longer just in case a scandal or some other event suddenly derails one or more of the frontrunners. But the presidential field really remains crowded because running for president provides too many financial incentives to ignore.Ironically, many of those incentives have nothing to do with becoming president.Jake Novak is a political and economic analyst at Jake Novak News and former CNBC TV producer. You can follow him on Twitter @jakejakeny. 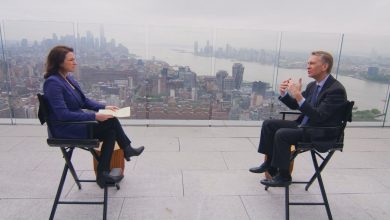 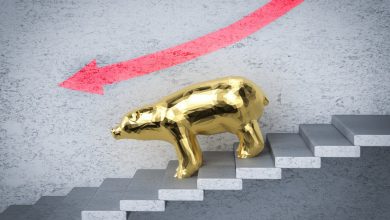 What it means when a bear market happens