Medical syringes are seen with Moderna company logo displayed on a screen in the background in this illustration photo taken in Poland on October 12, 2020.Jakub Porzycki | NurPhoto | Getty ImagesModerna is prepping for the global launch of its potential coronavirus vaccine, already taking in $1.1 billion in deposits from governments awaiting the potentially lifesaving drug, the biotech firm said Thursday in its third-quarter earnings report.The Cambridge, Massachusetts-based company said it was in ongoing talks with the World Health Organization-backed COVAX initiative on a tiered pricing proposal for its potential vaccine, which it’s tentatively calling mRNA-1273. It already has supply agreements in North America, the Middle East and in other regions of the world.”We are actively preparing for the launch of mRNA-1273 and we have signed a number of supply agreements with governments around the world,” Moderna CEO Stephane Bancel said in a press release. “Moderna is committed to the highest data quality standards and rigorous scientific research as we continue to work with regulators to advance mRNA-1273.”Shares of Moderna were up more than 2% in premarket trading.Moderna, a frontrunner in the Covid-19 vaccine race, said last week it had completed enrollment for its 30,000 participants late-stage trial. As of last week, more than 25,650 participants had received the second of the company’s two-dose Covid-19 vaccine. The company said about 37% of the participants were from diverse communities and 42% were at high risk of severe disease.Separately, the company reported a third-quarter loss of $233.6 million, or 59 cents a share, greater than the loss of 43 cents per share analysts surveyed by Refinitiv were expecting. The company brought in $157.9 million in revenue, higher than the $77.5 million Wall Street was expecting.Moderna’s vaccine, which is being developed with the help of the National Institutes of Health, contains genetic material called messenger RNA, or mRNA, which scientists hope provokes the immune system to fight the virus.Executives are holding a call with investors at 8 a.m. ET. This is a developing story. Please check back for updates.

Man arrested after stabbing at French consulate in Saudi Arabia 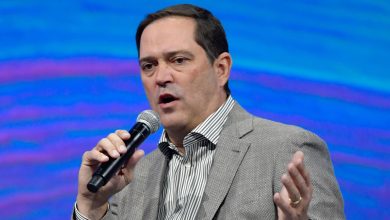 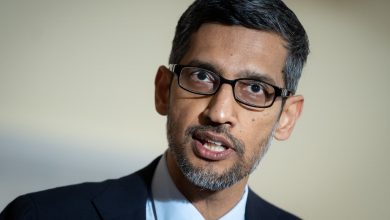