U.S. President-elect Joe Biden discusses the importance of protecting the Affordable Care Act (ACA) as he speaks to reporters about his health care plan during a news conference in Wilmington, Delaware, U.S., November 10, 2020.Jonathan Ernst | ReutersPresident-elect Joe Biden has boasted a bold agenda on tackling global climate change — from vowing to rejoin the Paris climate agreement to spending more than $2 trillion on shifting the country from fossil fuels to clean energy and green jobs.But the former vice president’s climate legislation will face potentially enormous constraint if Democrats don’t win control of the U.S. Senate. In Georgia, two Senate runoff races in January will decide which party will control the Senate under the Biden administration.Many of Biden’s climate policies would be blocked by Senate Republicans, who typically oppose climate legislation. If there’s a divided Congress, Biden would need to rely on executive authority to implement climate measures — a similar move to former President Barack Obama — and potentially more modest deals to push forward his agenda.Reversing Trump’s rollbacksBiden has called climate change the number one problem facing humanity and his campaign’s transition website lists it as one of the four main issues the country is facing.That’s at stark odds with President Donald Trump, who has denied the science of climate change and during his four years in office dismantled more than 70 major environmental regulations, with nearly 30 more in progress.Biden’s massive $2 trillion investment plan to mitigate climate change and create jobs only stands a chance if Democrats win the Senate, according to legal experts. Furthermore, replacing the president’s regulatory agenda with new climate initiatives will be especially difficult without a Democrat-controlled Senate to pass such legislation and a conservative majority on the Supreme Court that could potentially block legal challenges.”If Democrats control the Senate, the first thing you’d see is Biden taking action on the economic recovery package … a lot of that would be focused on clean energy,” said Anthony Leiserowitz, director of the Yale Program on Climate Change Communication. “There’s a lot Biden can do immediately in terms of executive action, but really advancing the ball is dependent on Senate control.”Still, Biden could undo many of Trump’s environmental rollbacks using executive powers with a Republican-controlled Senate.The Environmental Protection Agency under Trump weakened Obama-era regulations on carbon dioxide emissions from power plants and methane leaks from oil and gas fields, among other things. The Interior Department has curbed protections for wildlife in order to open protected land for oil and gas projects.More from CNBC Environment: In most years, hurricane activity would have wound down by now. Not in 2020’I lost everything’: In hurricane-ravaged Louisiana, people struggle to rebuildBiden’s team already has plans in place to implement oil and gas drilling restrictions on public lands; block certain polluting pipelines across the country; and rescind a great deal of Trump’s executive orders on energy.”Many of Trump’s deregulatory efforts are on legally shaky ground,” said Michael Burger, head of the Sabin Center for Climate Change Law at Columbia University. “All of Trump’s deregulatory efforts can be reversed and redirected. It will take some time but there is no question it can and will be done.”Burger said he maintains a “wait and see” attitude on what sort of climate legislation Biden could pass if the GOP hold on to the Senate, but emphasized that “none of the Trump administration’s environmental policies are likely to be around very long.”A slew of executive ordersBiden has boasted a number of executive orders on climate change that the country will likely see in the first several months of his administration.The president-elect has said that in his first days of office he will sign an executive order to conserve 30% of America’s land and waters by 2030 and protect the Arctic National Wildlife Refuge from oil drilling.Biden also plans to sign executive orders requiring agencies to develop new methane restrictions for oil and gas wells; strengthen fuel economy standards; increase the efficiency of U.S. government buildings; and increase efficiency standards for appliance and buildings, among other orders.The Biden administration would also sign an order to require public corporations to disclose their climate risks and carbon emissions in their operations.”We are seeing a sea change in public engagement and political engagement with [climate change],” Leiserowitz said. “Biden ran explicitly on climate change. Climate change showed up in all three debates. That’s just a fundamentally different political reality today.”In a move that’s not dependent on the Senate, Biden has also vowed to re-enter the country into the 2015 Paris climate accord, the landmark agreement among nearly 200 nations to reduce greenhouse gas emissions to avoid the worst impacts of global warming. Rejoining only requires a letter to the United Nations and 30 days to take effect.The president-elect also plans to organize a “climate world summit” to help leaders of major-carbon emitting nations take action on climate change. The U.S. is the second largest source of global carbon dioxide emissions behind China. 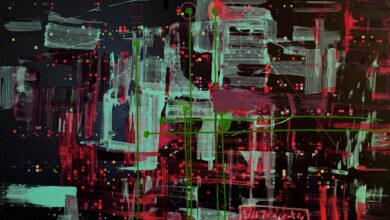