Bijan Namdar Zanganeh, Iran’s petroleum minister, second left, speaks to reporters ahead of the 176th Organization Of Petroleum Exporting Countries (OPEC) meeting in Vienna, Austria, on Monday, July 1, 2019.Bloomberg | Bloomberg | Getty ImagesGeopolitical tensions between Iran and Saudi Arabia might be the biggest issue facing the Middle East right now but Iran’s oil minister has insisted he has a good rapport with his Saudi Arabian counterpart.”Prince Abdulaziz bin Salman (Saudi Arabia’s new energy minister) has been a friend for over 22 years,” Iranian oil minister Bijan Zanganeh told an energy conference in Moscow on Wednesday.Although Iran and Saudi Arabia are both members of OPEC, they are known to disagree over OPEC policy — Saudi Arabia has led cuts to OPEC production but Iran, under U.S. sanctions on its oil industry, did not want to cut output.  It is currently exempt from the output cuts agreed by OPEC and a group of non-OPEC producers.Tensions between Iran and Saudi Arabia has long been tensed because of the rival religious powers’ power struggle (often by proxy) in the region.”Despite this long-term up and down political relationship between Iran and Saudi Arabia we have been friends and I hope to be friends in future, we have no difficulty with him,” he said, adding that the difficulty in Saudi-Iranian relations was not created from the Iranian side.”We believe that all the Muslim countries, all the neighbor countries, should have a peaceful environment between themselves … Our enemy is another country out of this area,” he said, making a thinly veiled swipe at the U.S.That said, tensions are high between the countries following a missile and drone attack on two Saudi Arabian oil facilities in September. Yemen’s Houthi rebels claimed responsibility for the attack but Saudi Arabia and the U.S. suggested that the Houthi’s ally Iran had a role in, or was responsible for, the attack on Saudi Aramco’s Abqaiq and Khurais oil facility. The attack initially halved Saudi Arabia’s oil production. Iran denied the accusations that it was involved, calling them “meaningless” and “pointless.”Asked about the attack’s effect on Iran, Zanganeh said “it has no effect on Iran’s production and export, but these issues increase the tension in the region.”He said all of the countries around the Persian Gulf “should try to stabilize the region and to defend the peace for all in the Persian Gulf region and to secure the Hormuz Strait for the free transport of oil and other commodity transportation to the international market.”Increased pressure in the form of U.S. sanctions on Iran’s oil and other industries did not work, Zanganeh said.”We believe that all of the countries around the world believe that unilateralism doesn’t work and their increase of the pressure on Iran cannot be the solution for a stable situation and a peaceful environment in the region and for the world and for the security of supply of oil, gas and LNG.”Oil prices slipped on Tuesday following weak U.S. manufacturing activity data that put downward pressure on crude’s demand outlook. On Wednesday, benchmark Brent crude was trading at $58.69 whereas West Texas Intermediate was trading at $53.75.

Cory Booker raises over $6 million in the third quarter

Why U.S. airports are so bad 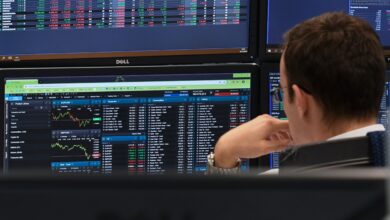