It is highly unlikely that a comprehensive U.S.-China trade deal emerges from this week’s negotiations, analysts told CNBC on Tuesday.In fact, recent events — including the NBA controversy, reports of possible financial restrictions and the blacklisting of some Chinese tech companies — are making it even less likely, they said.”It is adding a lot of complexity to what is already among the most complex trade agreements you can try to negotiate,” said Tony Fratto, founding partner at consulting firm Hamilton Place Strategies and a former White House deputy press secretary.”I think a comprehensive agreement is nearly impossible to do with all of these things that are being thrown into the bucket right now,” Fratto said on “Power Lunch.”Chinese trade officials are scheduled to be in Washington on Thursday to rekindle high-level trade negotiations. The world’s two largest economies have been ensnared in a trade dispute for well over a year, with each side instituting retaliatory measures against the other.The trade war has weighed on the global economy. More immediately, waning optimism around a resolution pulled down all three major U.S. indexes on Tuesday. The Dow Jones Industrial Average closed down more than 300 points, while the S&P 500 and Nasdaq ended the day more than 1% lower.Despite the new developments, which also include the U.S. placing visa restrictions on some Chinese officials Tuesday amid ongoing abuses of Muslim minorities in the country, Fratto said he believes both sides have probably not changed their desired outcome.”I do think they want to get some kind of an agreement,” said Fratto, who also was an assistant secretary in the Treasury Department. “It would bring a lot of relief on both sides of the Pacific in those economies and in markets.”The NBA controversy, which began after Houston Rockets General Manager Daryl Morey tweeted his support for Hong Kong protesters, continued to develop Tuesday as Chinese state media suspended its broadcasts of the league’s preseason games.The U.S. Commerce Department placed 28 public bureaus and companies on the so-called Entity List because it believes they are “implicated in human rights violations and abuses in China’s campaign targeting Uighurs and other predominantly Muslim ethnic minorities” in Xinjiang, according to a press release.Further, the Trump administration is going forward with conversations about blocking U.S. government pension funds from investing in Chinese stocks, Bloomberg reported on Tuesday.Jeff Moon, a former assistant U.S. trade representative for China, said on “The Exchange” that he believes the events of this week mark a “turning point” in negotiations.”For the first time, politics, rather than just economics, are front and center in the trade discussion,” said Moon, president of consulting group China Moon Strategies. “It’s both the NBA discussion and the discussion about sanctions on Chinese companies doing business in Xinjiang.””Once you start linking these it gets much more difficult for you to get to a resolution. This is something different, and it is going to complicate the trade discussions,” Moon added.

'plenty of profit in hardware' 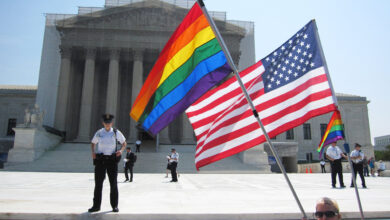